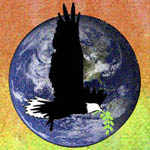 The Oregon Peace Institute condemns the violent deaths of any unarmed persons by police in any locale and joins the outrage at the radically disproportionate number of unarmed African Americans killed by police or former police, including but sadly not limited to, most recently, George Floyd. Their deaths remind us that the evils of racism and white supremacy are omnipresent in United States.  Their deaths triggered nationwide protests, which sadly turned violent in numerous instances. We know that riots are counterproductive and fuel spirals of violence, but we understand. We understand that white men who could not be bothered to wear face masks during a global health pandemic to protect themselves and those around them were allowed to parade into state capitols with their weapons on full display. We understand that black people protesting a brutal pattern of racism against them were called thugs and greeted by police in riot gear and with tear gas. We understand that this blatant display of ongoing racism which is fully sanctioned and actively driven by the White House causes outrage.

The Washington Post reported that, “Black Americans account for less than 13 percent of the population but they are shot and killed by the police at a rate that’s over twice as high as for white Americans.” This sordid history needs to stop. We recall too many such vicious, racially motivated “legal” murders. Oscar Grant. Kendra James. James Jahar Perez and thousands more stretching back through the worst parts of our American history we must acknowledge. Those murders take place in structures of ongoing and institutionalized deprivation of needs of survival, well-being, identity and freedom. Those murders take place in an inhumane social order and are visible in the ongoing forms of racism, sexism, xenophobia and homophobia. The Oregon Peace Institute absolutely supports any and all nonviolent resistance to these killings now and into a future that must eliminate them and we thank many other profound analysts who are offering wise advice in this troubled time. We aspire to disobey any inhumane social order.